Today, women decide for themselves how they want to look. Thanks to a healthy lifestyle, proper nutrition and sports, they shape their bodies themselves. The shaping of the breast structure falls on us, plastic surgeons. I think it is very important to start by saying "if the woman wants it" in breast augmentation surgery. No woman has to look the way anyone else wants. If he wants to make his small size his dream, I'm ready to help.

For many years, I have been performing breast augmentation surgeries using all entry points and prosthesis placement levels.

"What options are there in breast augmentation surgery?"

"What are the advantages and disadvantages of all?" I will try to summarize in my own way.

First, I do not like to leave the choice of prosthetic size to chance. I wear a tan tights to make the patient comfortable during the examination. With the trial prosthesis set I have in the office, we place the parts that will show us the results of different prosthesis sizes and simulate them into these tights. The patient turns left and right, sees it alive on it. If he wants, he can put on other clothes and decide how he will be during the day. If we want this experiment, we will repeat it another day and make our decision. I take mathematical measurements and calculate the volume to understand that the size we choose is suitable for the breast structure. Thus, we determine what we want with a difference of 1-2 millimeters Long before the operation. Computer simulations seem a lot cooler to me so I don't use them. I think the breast is an organ that a person should see on himself.

The second step is to decide where to place the breast prosthesis. There are 3 methods; armpits, breast and nipple. I have been operating in both methods for many years and I am comfortable. We decide together with the patient what we want. I have been a practitioner of armpit incision for over ten years. Since we enter through the existing folding under the armpit and the skin under the armpit is very thin, there is almost no scar left here. In addition, this region is an unremarkable area. I only put silicone-filled prostheses under the armpit. I think this is the entrance with the highest coefficient of happiness. The armpit incision hurts to the same degree as the under-breast sac. Just as general surgeons used to operate the gall bladder with large fractions on the abdomen, now they pass through the small holes with the camera. In this way, they prevented large marks on the front of the body. I perform armpit breast augmentation surgery with the same logic and philosophy. It is safely applied by some surgeons in the most developed countries of the world. In this way, there is no scar under the breast when the patient lifts his arm. The biggest disadvantage of armpit breast enlargement surgery is that it is performed by very few physicians and it is feared by those who do not perform this surgery. No physician has to choose a method. If a physician does not choose it, it does not reduce the science of breast augmentation under the armpit. I prefer to leave the choice to the patient without enlarging this issue.

The under-breast incision method is the second alternative for me. It is the most used method in the world. The area under the dual plan muscle or subfacial muscle membrane is prepared with the incision opened to the full fold of the breast.

Surgery performed through the incision of the nipple is the third option for me. The advantage is that even the smallest bikini is not visible. The disadvantages are that the scars remain on the nipple, which is the most important point of the breast, the risk of nipple numbness increases a little, some of the milk ducts are cut, and the risk of stiffness around the prosthesis increases. We prefer nipple incision especially in players. To put prosthesis on the nipple, the nipple area must be large. There are two types of breast prostheses that I use; one is anatomical prostheses described as drops and the second is round prostheses. As the use of round prostheses is increasing all over the world, I have been putting more and more round prostheses in the last 5 years, as the round prostheses look fuller in the décolleté area. I prefer to use prostheses that are mostly described as micro textured, ie small knurled prostheses. In some cases, we may prefer to have flat prostheses by talking to the patient. In both prostheses, I think technically no there is no difference.

I think the most important preference that determines the shape is whether it will be placed over or under the prosthesis.

I think the most important advantage of the dual plan muscle method is to provide a healthy natural looking breast shape and décolleté in the long term. I prefer the dual plan sub-muscular method, especially in patients whose breast tissue is high and thin, so that the decollete does not appear as an artificial stone. I believe that anatomical prostheses are the right choice in patients with very thin breast tissue, if the patient wants the subfacial method. The most important disadvantage of dual plan muscle surgery is pain in the first week. I apply the intercostal nerve block anesthesia method myself in all patients. In this way, the first day is very little pain. Still, we observe pain for a week.

Whichever method is used in all breast augmentation surgeries, what makes the breast result the most beautiful is the surgeon's fine precision technique application. Patients, for some reason, are caught up in the name of a technique, the brand, and the size of the prosthesis, but they do not think about how finely the plastic surgeon will do that technique. I have come across plastic surgeons all over the world who have achieved great results with all methods and different prostheses. The common opinion of most of us was that the most tissue-respecting breast augmentation surgery provided the best results.

Therefore, I believe that the trust that the patient has established with his own plastic surgery is extremely important. 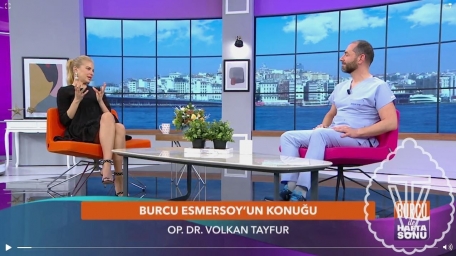 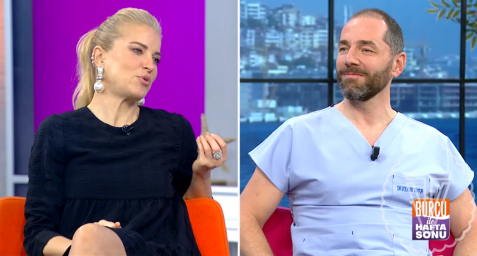 Plastic Surgery Specialist Dr. Volkan Tayfur talks about the curiosities about 'Recent Developments in Breast Aesthetics' in the Weekend program with Burcu, presented by Burcu Esmersoy. 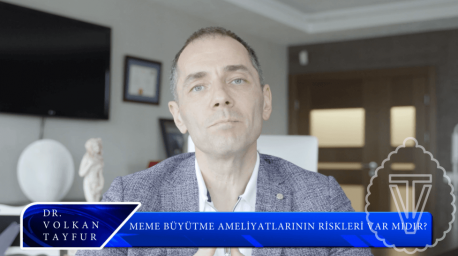 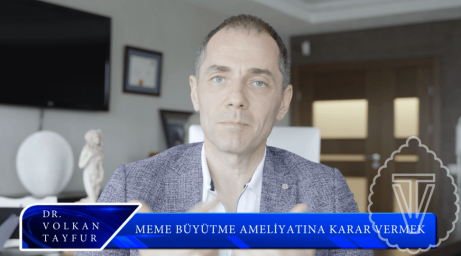 You can watch our informative video about Specialist in Ankara breast aesthetics, Dr. Volkan Tayfur's decision-making process for breast augmentation and contact us for detailed information.